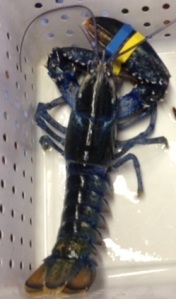 Spending time with good friends from our days at Miami University has been a fantastic experience of firsts. First trip to Maine. First time lobstering. First effort to catch a striper on fly. We stayed with great lifelong friends, Pete and Margy Cowgill along with Sigma Nu and Ohio friends, Terry and Linda Wright. The Cowgill’s stunning new home overlooks Peter’s Coves outside of Harpswell, Maine. On Sunday, we were joined by Doug Starrett and his wife, Clare. So the gathered Sigma Nus had nicknames of Mush, Boat, Dr. Feelgood, and Smiler. I will let the reader ponder those match ups.

When it came time for dinner on Friday evening, Pete took us to the end of the isthmus upon which Harpswell sits. As we arrived at Basin Cove, we encountered Erica’s Seafood Shanty. Andrea is the proprieter of Erica’s which sells local seafood including lobster rolls and a fabulous concoction of crab and lobster meat named the Crabster. The shack is named after Andrea’s daughter, Erica, who also helps prepare and sell the delectable seafood. Husband, Toby Butler, mans the lobster shed next to the shanty and sells freshly caught lobster to the public. For certain favorite customers such as Pete, he will also cook the lobsters for pick up. We had ordered six. Total bill…$36.00 for the 6 pound and a half lobsters. After Toby dropped the live lobsters into the scalding water heated by a propane gas source he said, “Pete, come over here, I have something I want to show you.”

We followed him to the lobster live well which contained about fifty lobsters swimming freely in a 10 by 10 aerated salt water bath. Toby reached in a small trap and said, “these are 1 in 2 million”, as he pulled out a blue lobster. Blue lobster have a mutant gene which causes them to secrete excess protein which results in the blue shell. This lobster was a far more brilliant blue than the photo shows. Imagine the wonder of it! First day ever in Maine and we see a blue lobster. The lobster rarity foreshadowed a fantastic weekend with long cherished friends!